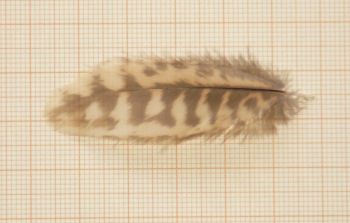 This feather we found yesterday on farm land in The Czech Republic. Large fields separated by rows of trees... In prevoius weeks in the same area we have found feathers from Long Eared Owl and (Ring Necked) Pheasant. We are guessing this feather belongs to one of these birds but which one? Can anyone offer any advice or comments?

Val
25.09.2018
This is an underwing covert, but it’s definitely not from a long-eared owl. Since ringneck pheasants are common in your area, i’m guessing it’s theirs. 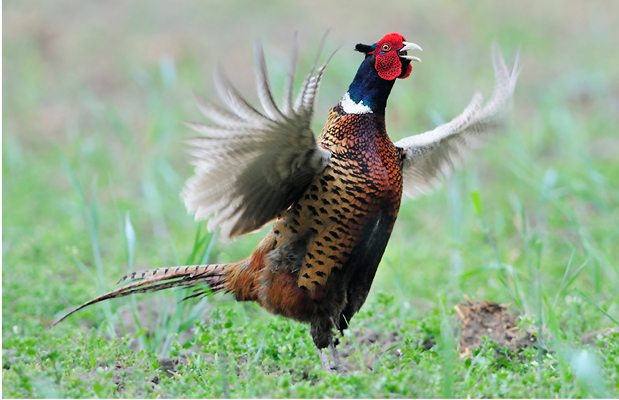 Administrator
It's not a galliformes species. It could be a common buzzard variation. What about water in the area?
Botaurus stellaris (Roerdomp) 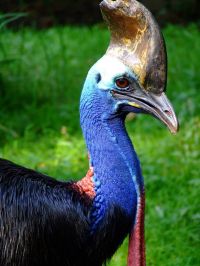 Eduard Anders
25.09.2018
Thank you for your replies. Yes it is an underwing covert. We have feathers in our collection of several Long Eared Owls from various 'road kills' over the years and it doesn't match any that we have. I originally thought of this owl as I found two main flight feathers only the weekend before this in approximately the same location... Right next to the location where the feather was found, there is a stream which runs through the area. It is surrounded by trees but also in some places by strips of high reeds, (it is not possible to see through them but these reeds are not really so dense). Usually in one or two places it is possible to jump across the stream as it is not always so wide. What is interesting is that following a huge storm maybe two weeks ago the stream flooded parts of the land, the force of excess water was so great that several trees/branches were washed maybe 10 metres into the fields! I have walked this farm land (3 hours) practically every weekend for the last two years so know it pretty well... I can say that historically some unexpected (for that place) birds do appear from time to time, although I have never had the pleasure of seeing a Bittern there... But saying that, about two months ago I found a tail feather from a Peregrine Falcon in the fields but I never saw the actual bird!!

Eduard Anders
26.09.2018
The more I look at the data base and around other sites on the internet, I have to say it does look like a Bittern feather! 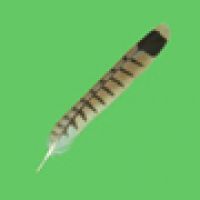 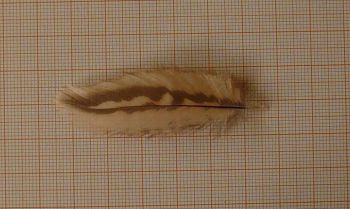 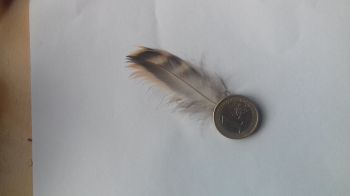